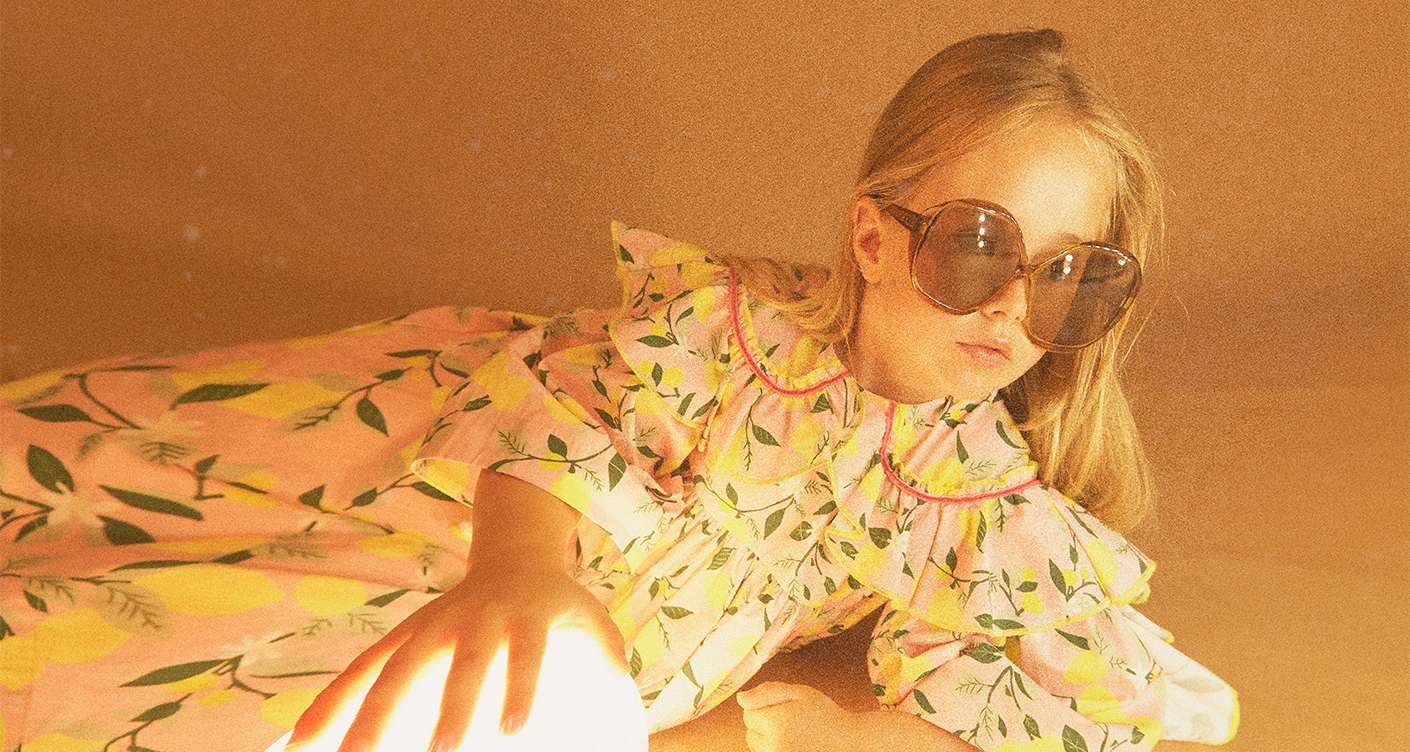 Finally it's summer! Rising temperatures and sunshine make you want to wear new looks. We have browsed lookbooks of brands worldwide and identified four trends that are big this summer! Have fun discovering them... 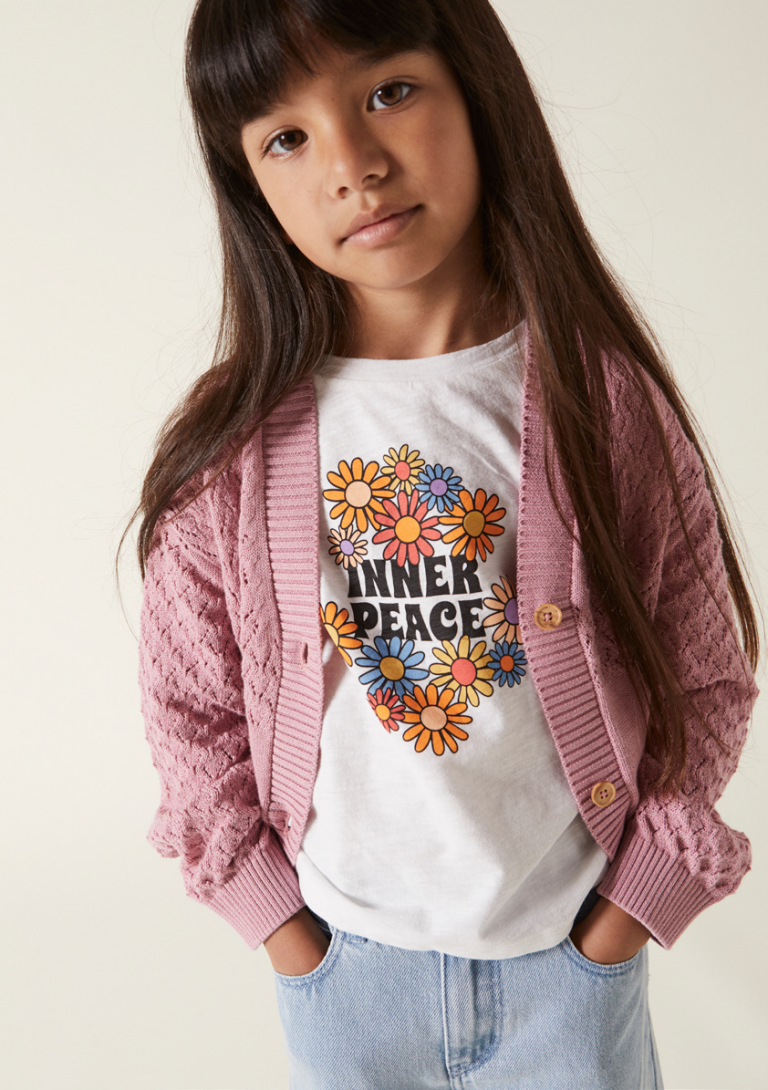 The new generation of “Fridays for Future” protesters may not be aware that they have grandparents or great-grandparents who also fought for a better world and hoped for an era of global peace and a life in harmony with nature. Certainly, the basic themes have changed a bit since the late 1960s, but one thing has remained the same: the desire for freedom and a life close to nature. Who better to live and breathe this motto than children: carefree, happy, close to nature and open to the world that awaits them. Many brands are drawing on style elements of the “flower children 2.0” in their upcoming collections. And as always when it comes to a trend inspired by the hippie phenomenon, floral elements play a leading role. Whether colorful, bright, large, small, painted, stylized or boldly staged – blues are the leitmotif par excellence and can be found on almost all signature pieces, from T-shirts to footwear.

Explorer from another time

“You don’t discover a new country without agreeing to lose sight of its coast for a very long time.” – this was said by Christopher Columbus, who supposedly discovered America in 1492. In fact, many international fashion houses also follow this philosophy. For the summer season, they have left their comfort zones and explored “new territory. A perfect theme for collections designed to appeal to children, after all, they are in the process of exploring the world anew almost every day. Rather subdued colors, clean lines and cuts reminiscent of outdoor looks of the early 20th century. In terms of materials, natural, lightweight fibers such as linen and cotton jer¬sey predominate, allowing the skin to breathe and making the garments comfortable and dynamic at the same time. 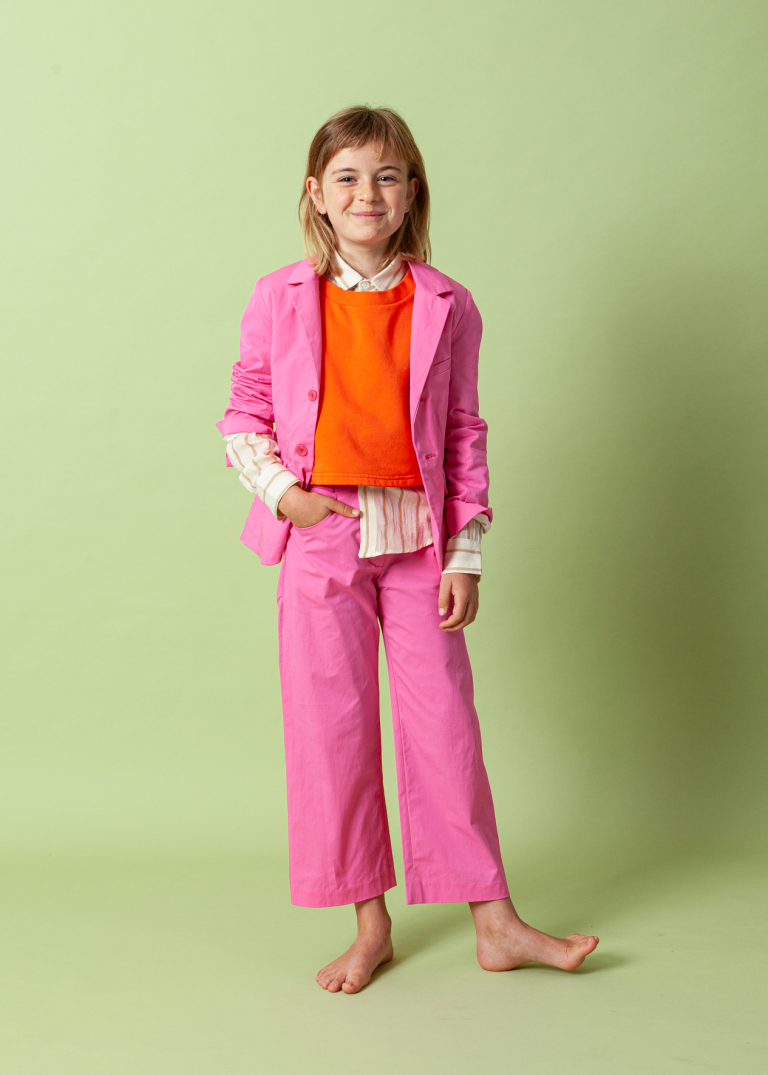 Goodbye pastel-, hello signal colours! We don’t know if it was the pandemic and its accompanying boredom and constant grayness, or if we’re all just sick of the in-between tones by now…. The fact is that this summer brings the total color flash! Rich, bright colours that catch the eye everywhere are the undisputed stars of the new season. These shades are boldly combined with each other. Different tones complementing each other perfectly, showing: Anything is possible! Meanwhile, when it comes to cuts, designers hold back, follow classic lines and remain relatively simple. Poppy colors, however, work best in full coverage: from T-shirts to light sweatshirts and ultra-airy chinos for hot summer days.

Queen of the desert 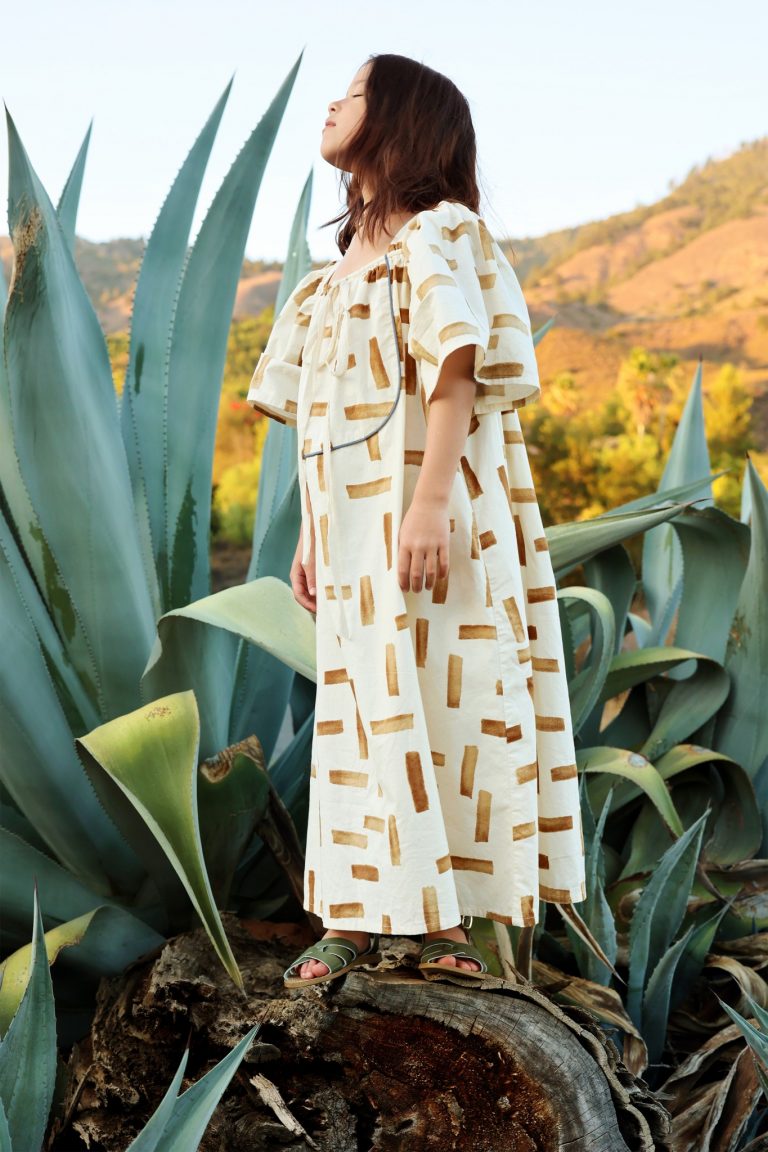 Nature remains one of the designers’ greatest sources of inspiration. For the summer season, the charm of the desert has also been injected into kidswear. This inaccessible, but also suspended in time and sometimes romantic place is synonymous with a natural land, untouched by humankind, immaculate. It is precisely this concept of the natural and unspoiled that is taken up in the various models of the season. The silhouettes and cuts of the looks are highly simplified, following a deliberate simplicity. Freedom of movement is a must, seams and superfluous items such as zippers, buttons, ornaments and appliqués are greatly reduced. And in order to be in complete harmony with “Mother Nature”, the brands rely on earthy tones such as ocher, clay, tobacco, ecru and rich beige. 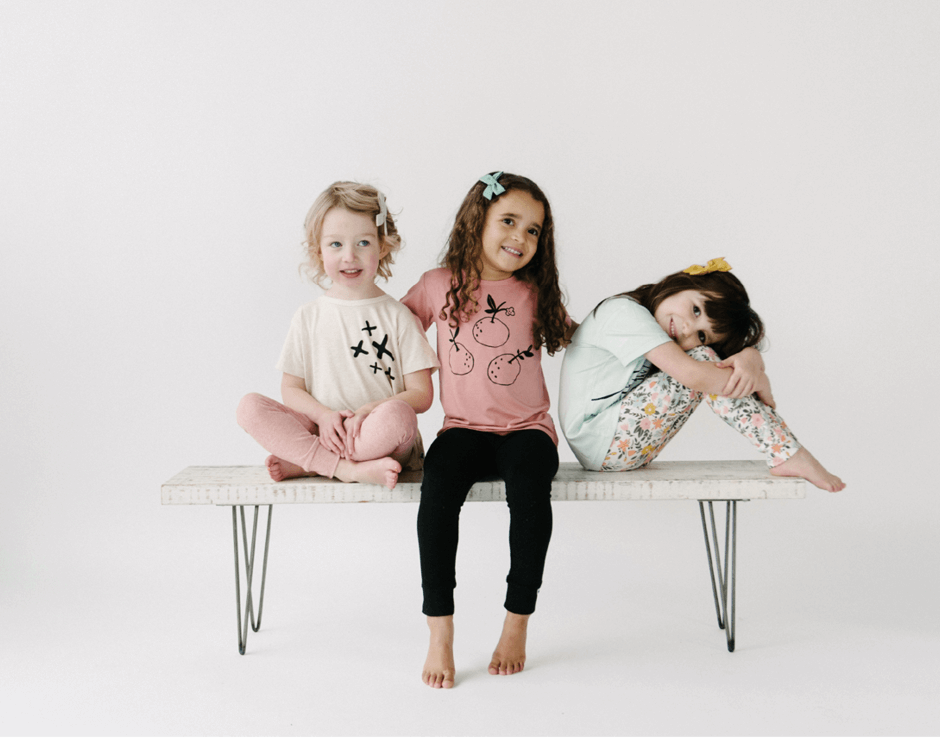 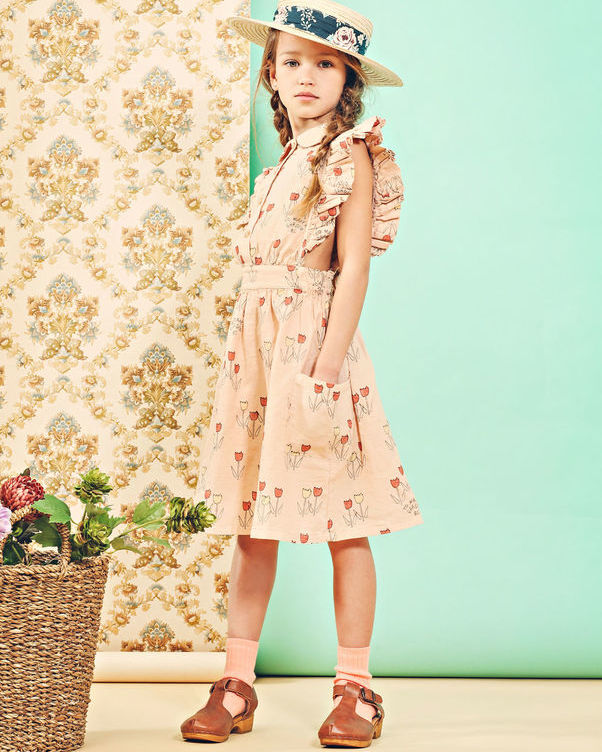 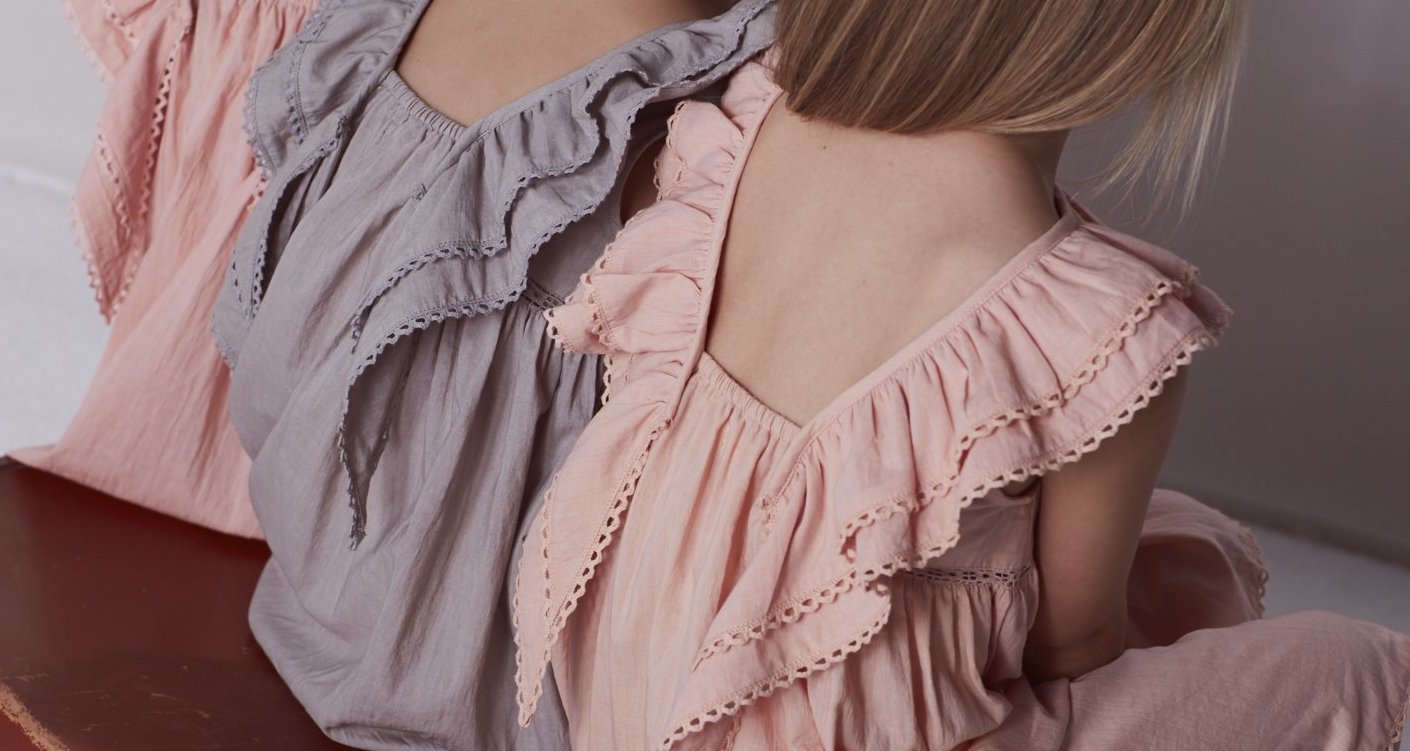