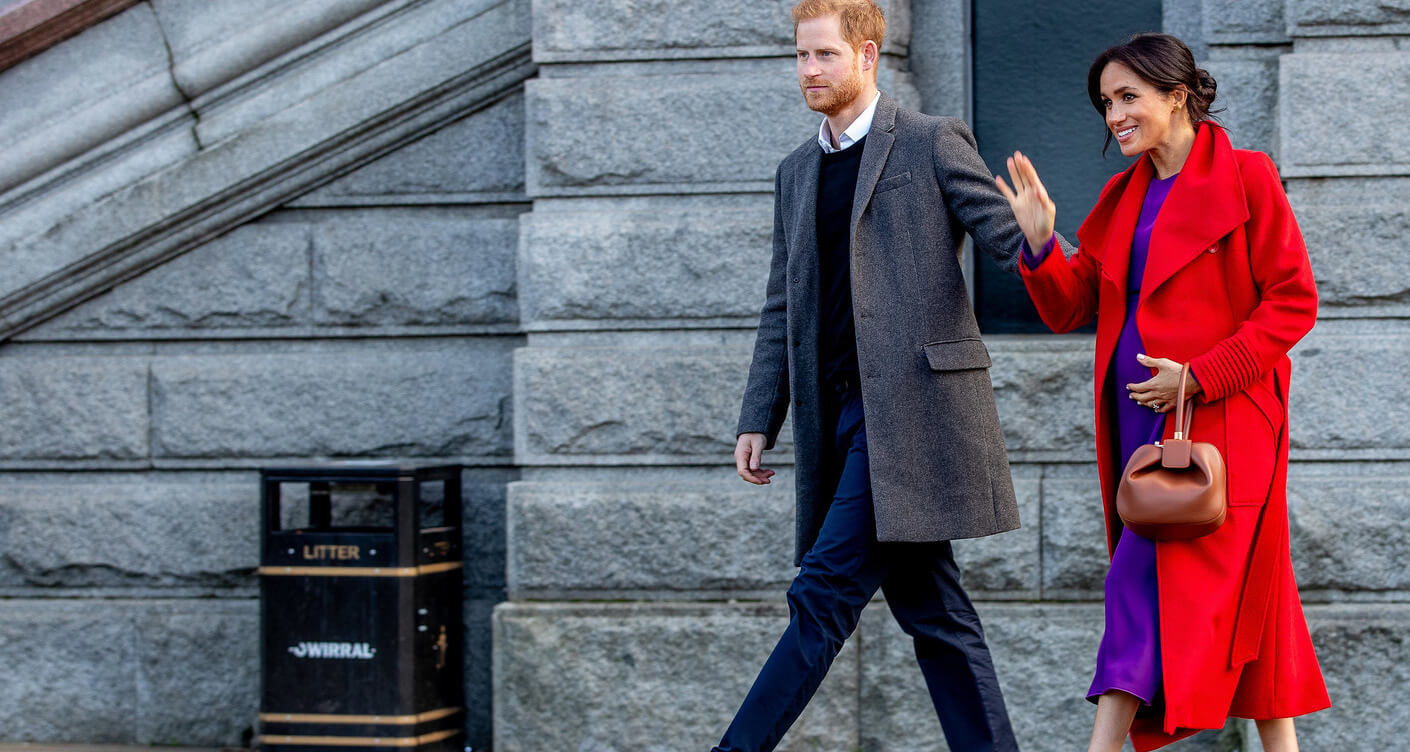 The Duchess of Sussex is expecting her first baby this Spring! And Luna followed her style change and show you her top 7 pregnancy looks.

Duchess Meghan is pregnant and every Royal fan has been waiting for this news since her marriage to Prince Harry. Baby rumours started to spread when she appeared at Princess Eugenie’s wedding in October 2018. Wearing a strikingly wide Givenchy coat with a trapeze silhouette.

Duchess Meghan and Prince Harry set off on their first official 16-day trip abroad through Australia, Fiji, Tonga, and New Zealand. When the couple landed in Sydney, the Duchess of Sussex covered her belly with two purple paper files. Because rumours were true. And shortly afterward the palace officially announced the pregnancy.

After her return, the Duchess of Sussex started a marathon of 76 official performances. So we had plenty of opportunities to follow the development of her pregnancy style. And what can we say: The Duchess is glowing! She looks stunning, glorious and comfortable in her changing body.

The pregnancy looks of Duchess Meghan in chronology: 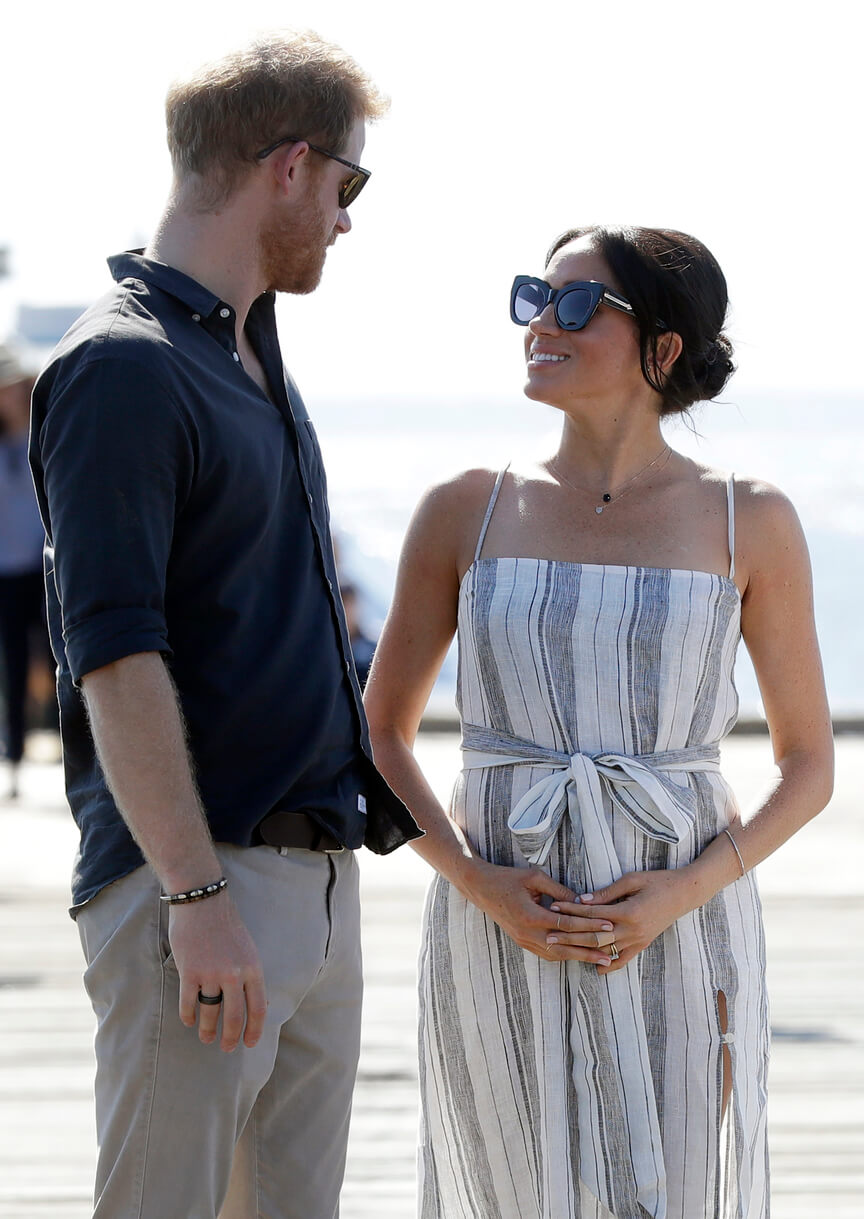 The couple in Australia, just when her pregnancy was confirmed. Wearing a breezy dress and leather sandals. 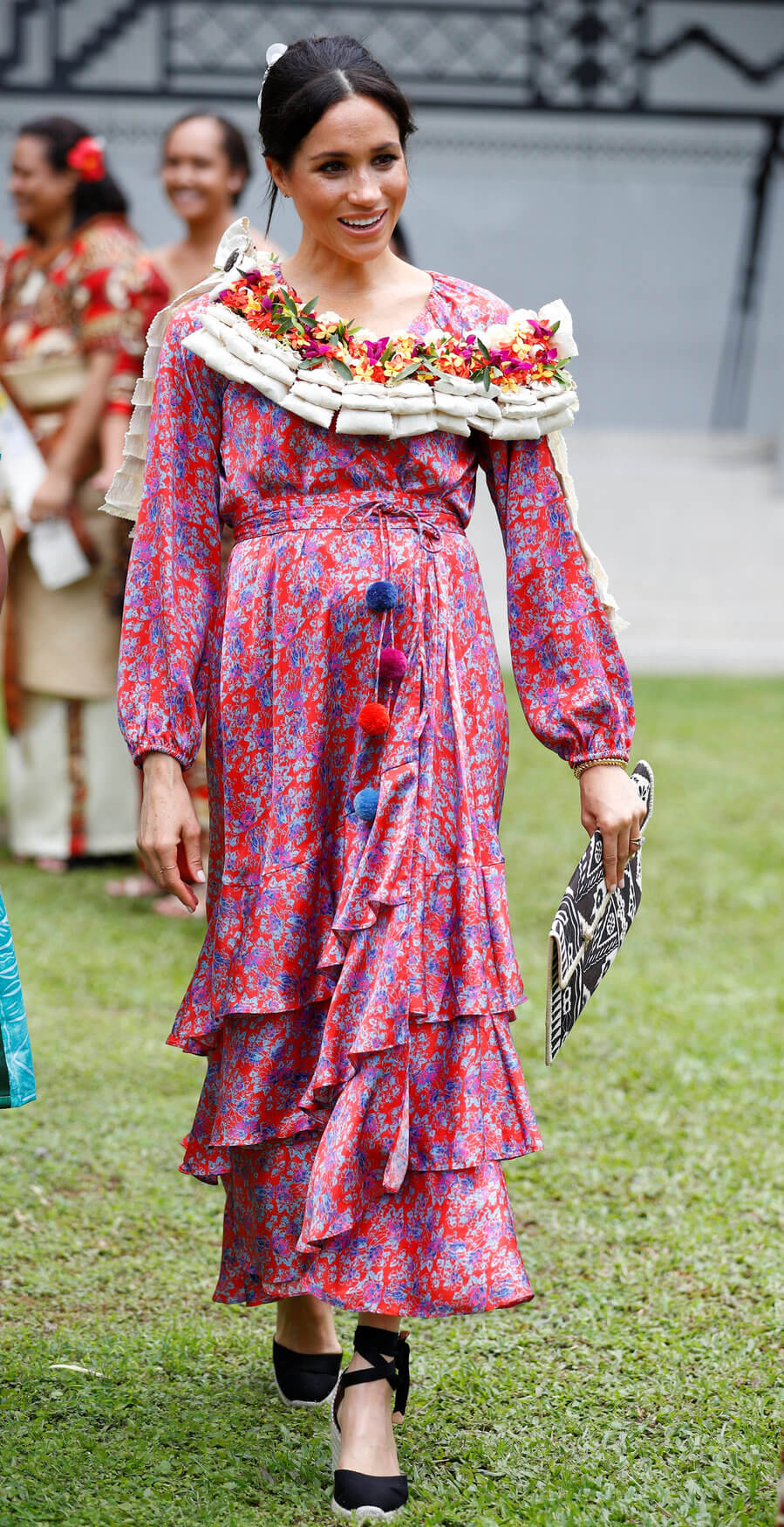 Meghan, Duchess of Sussex visits the University of the South Pacific in Suva, Fiji. Looking fantastic in her printed ruffle dress, pairing it with some simple espadrilles and a clutch made by local women. 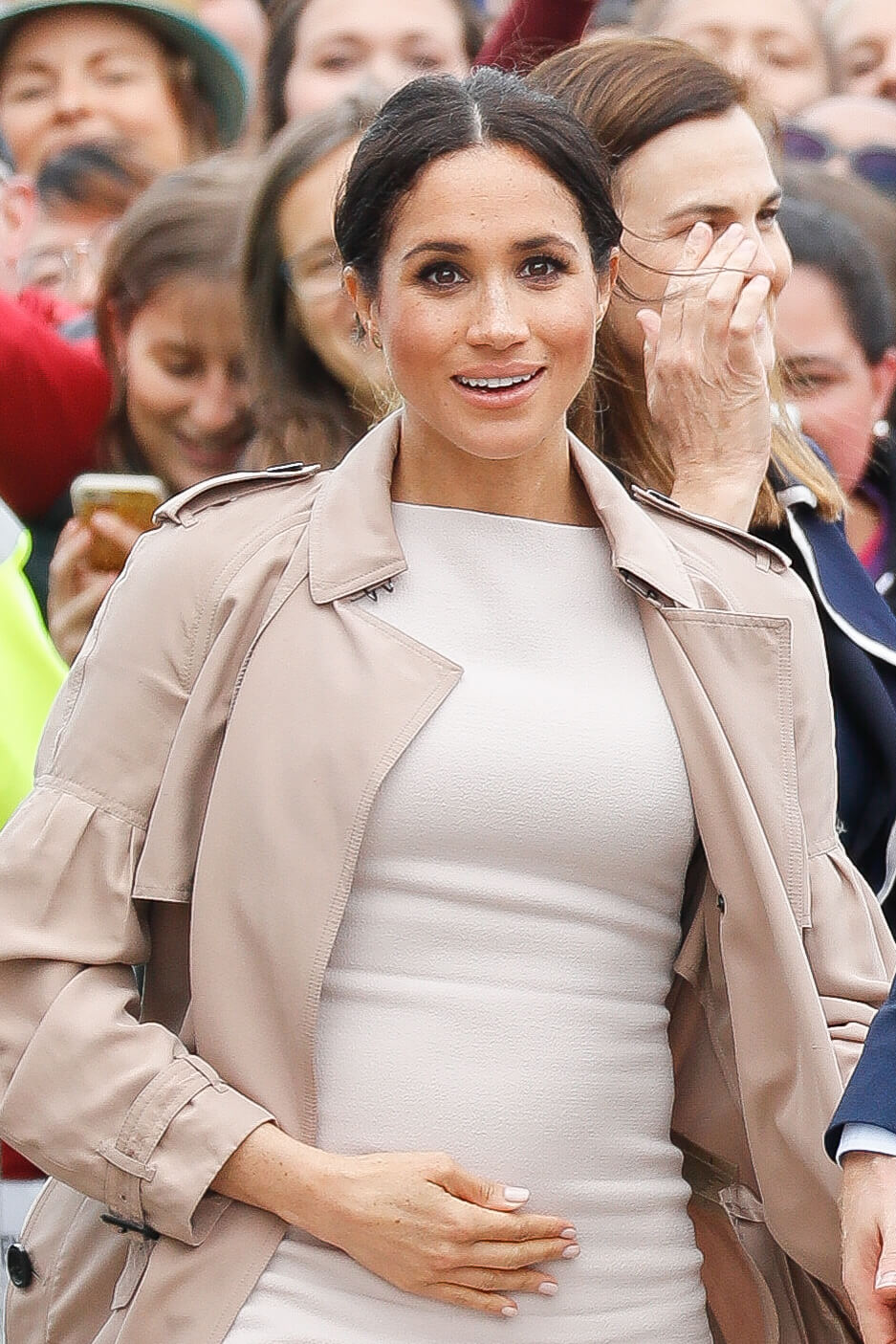 It was a bit more chilly in New Zealand and Meghan had to unpack her trench. Colour coordinated dress and pumps for a neutral look. 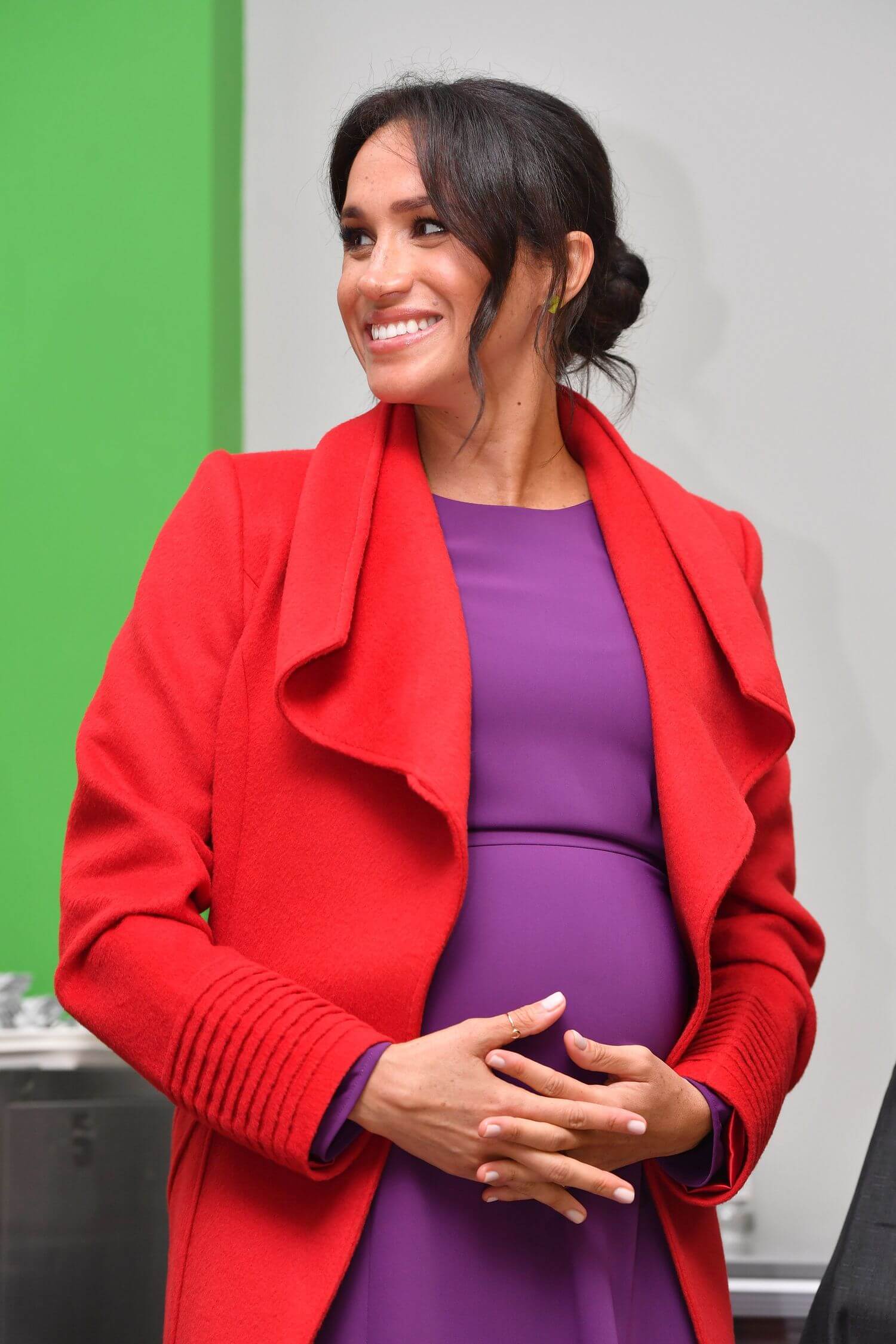 This January we saw her in this stunning red/violet combination and loved it. The Duchess visited Feeding Birkenhead, a coalition of churches, food banks, community groups, and other organisations working together to eliminate hunger in Birkenhead. 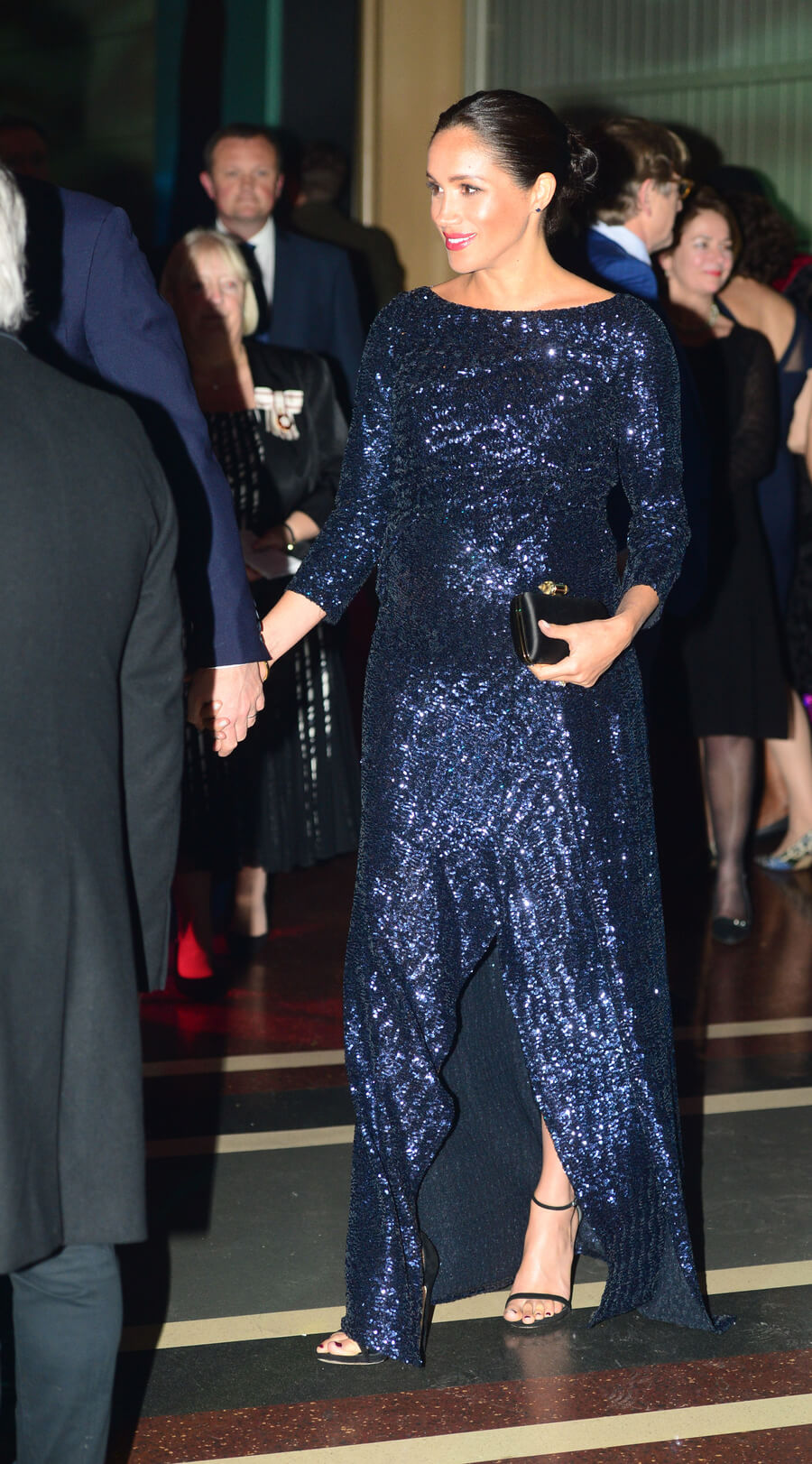 Who sparkles more? The Duchess is definitely outshining her Roland Mouret dress with her glow and bold red lips. Seen during the Cirque du Soleil Premiere of ‘TOTEM’ at Royal Albert Hall this January. 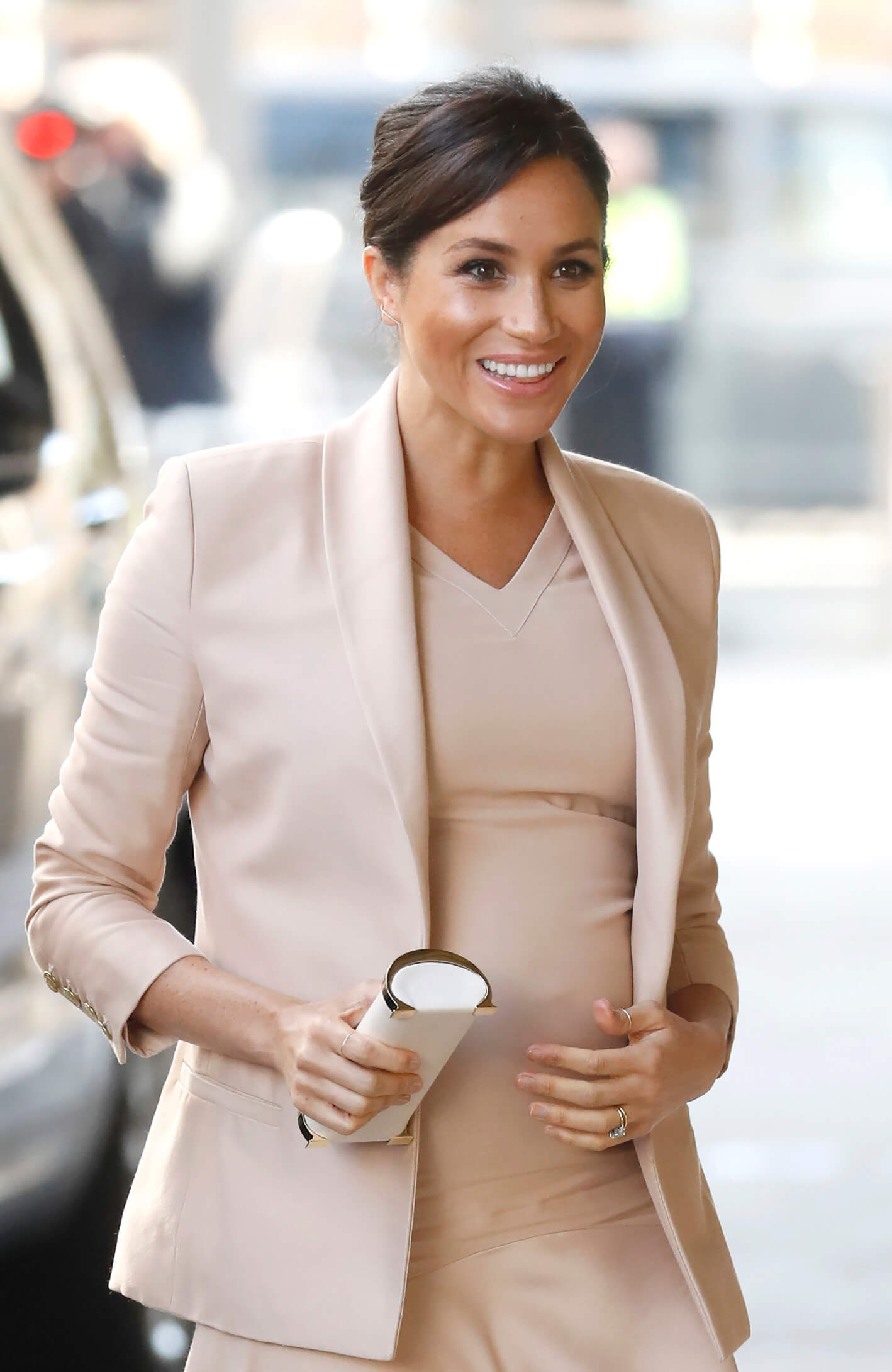 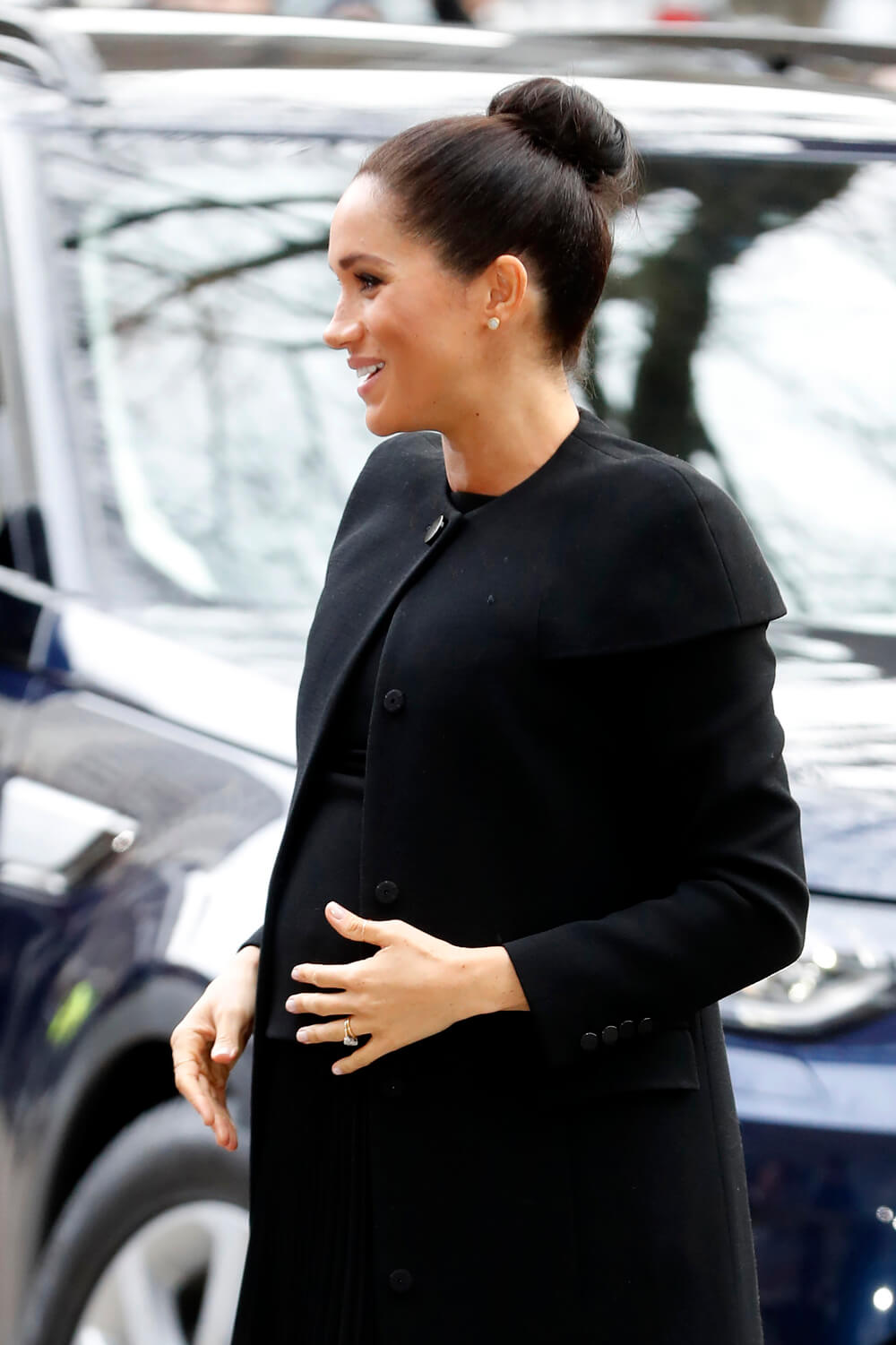 Simply black during the Association of Commonwealth Universities at City, University Of London. The Duchess met students from the Commonwealth now studying in the UK, for whom access to university has transformed their lives.

From Hollywood glamour to modern minimalism. Hardly any other person currently attracts as much media attention as Meghan Markle. And her looks influence women worldwide, and are often sold out within a few hours after her appearance.

We hope you enjoyed this style portrait that will make the wait for the new royal baby a little shorter. Meanwhile, you can also have a look at our Royal Baby Gift selection. 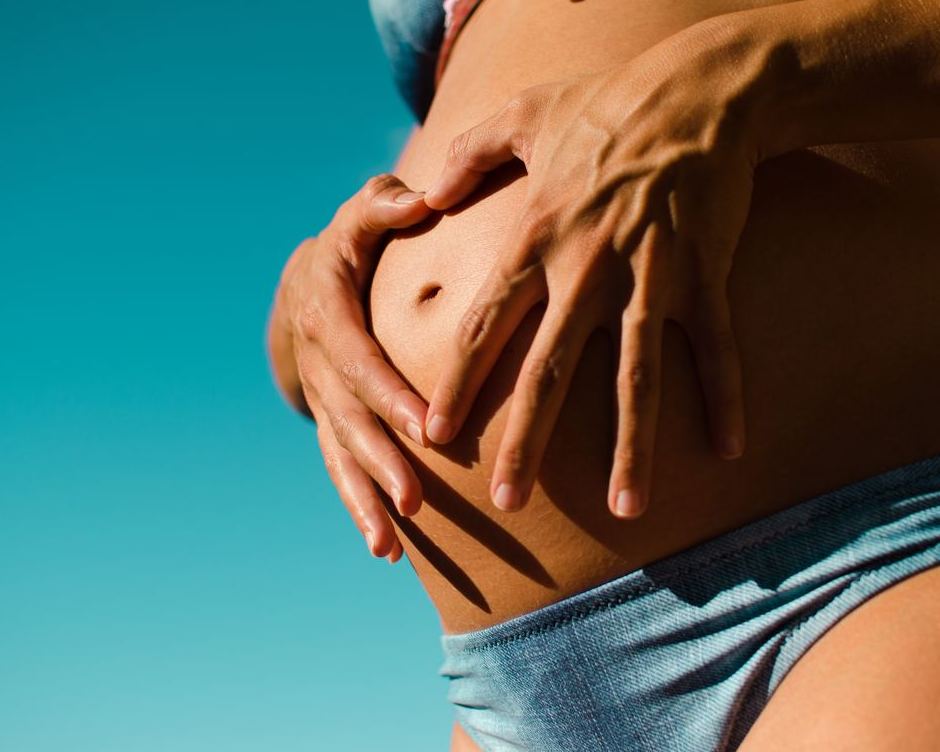 How to survive the summer whilst pregnant!

Pregnancy fashion made easy: What to buy and what not! 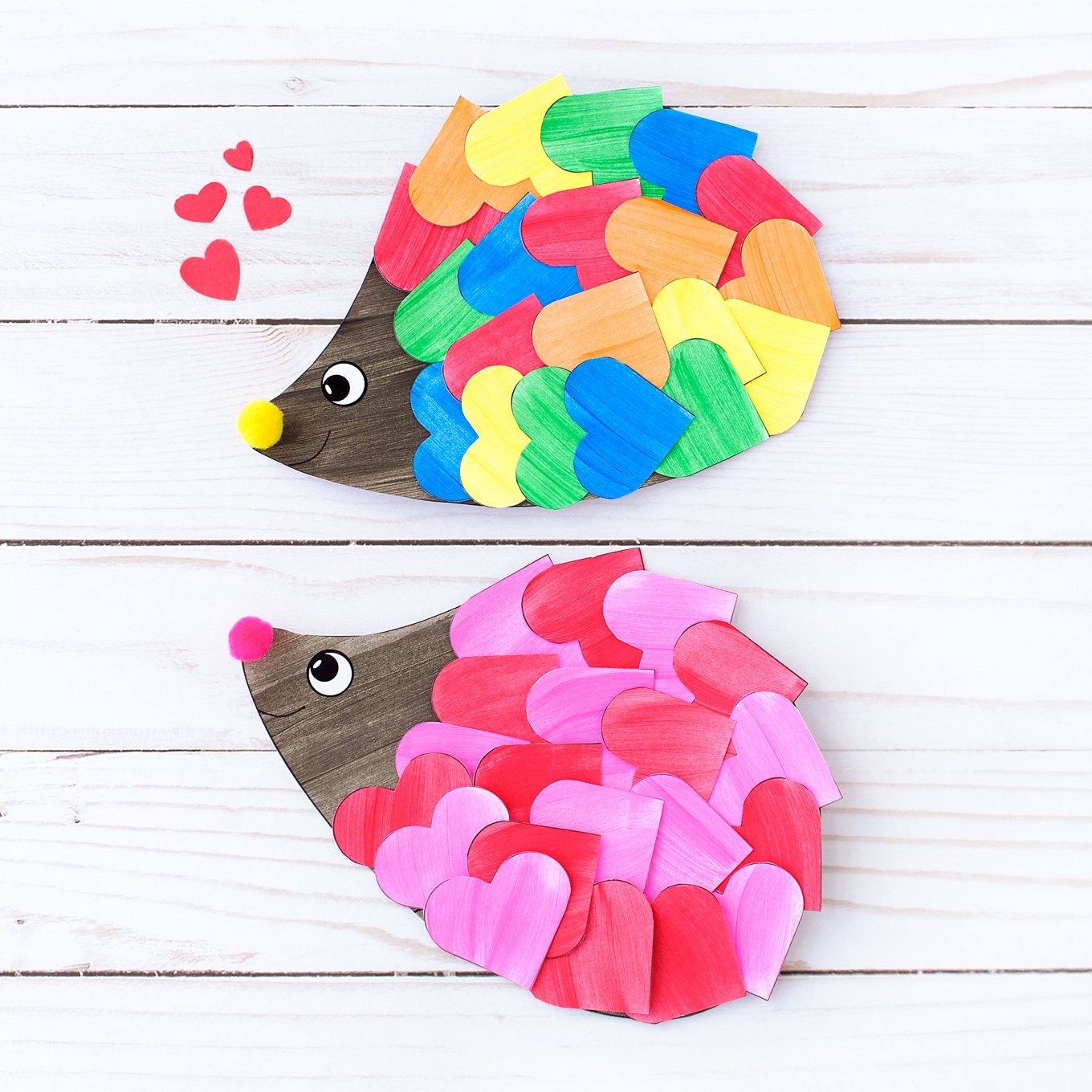